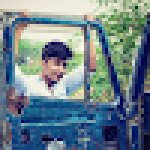 The Thought On Everybody’s Mind Is The Bull Run Near ? 🚀🚀🌙🌙

So today’s topic is whether the bulls are ready to throw Cryptocurrency high in the sky or should I say to the moon 🌙🌚. Well everybody is going nuts with the recent development and progress that happened in the past few months in the Crypto space. And now almost everybody knows that a bitcoin halving brings a bull run along with it every time, but this time we also have a major event regarding the Ethereum Blockchain, Yes you guessed it right, its the 1st beacon chain in phase 0 launch which is the 1st stage in transition of ETHEREUM to ETHEREUM 2.0. Which will shift ETHEREUM from Proof Of Work [pow] consensus mechanism — Proof of Stake consensus [pos] consensus mechanism. Also the DeFi craze that started on the Ethereum Blockchain with the UNISWAP PROTOCOL has gone nuts. Almost every exchange jumped immediately on the DeFi bullet train and made a huge amount of money out of it. The DeFi phenomenon is so big that the total value locked in DeFi has doubled in September as compared to what it was in August and is still growing like hell by every passing day.

A bitcoin halving is a major event in the world of cryptocurrency and alt-coins. It is a halving event on the oldest Blockchain in our history. Yes, on the Bitcoin Blockchain. In a halving the block rewards are reduced by 50%. That is the supply of new BTC that is being generated into the Crypto market. is sliced to half, this happens every 4 years. This huge reduction in day to day bitcoin’s supply has always brought a Crypto bull run along with it for the next 2 years. In these two years the Crypto market flourishes and new projects emerge and the old project releases new features to get the public attention. Just like Uniswap did by distributing the UNI token’s to every single user of Uniswap. Isn’t that amazing? Something made out of thin air using pure code has such enormous value, this defines how powerful human consideration is. During these two years of bull market many new millionaires are produced as the market jumps like crazy.

Due to this decrease in supply and increase in demand and entry of large numbers of newcomers called ( No Coiners ) the market moves upward dramatically giving gigantic profits to some traders who are smart enough to judge the market movement. This has happened every time when there is a bitcoin halving. Hence this is the 3rd bitcoin halving cycle we are living in right now. And it is not hard enough to tell how strong the market is right now. Even a big bad news like the BitMEX derivatives exchange being seized by the CFTC (Commodity futures Trading commission) didn’t make much of a dent in the market.

So the above was everything about bitcoin halving and why it brings bull run every single time. But why the Crypto community is super bullish this time. It’s because this time we also have another major event — The Ethereum 2.0 Launch.

Let’s Discuss about what is Ethereum 2.0 and why a bull run is eminent

Since its launch in 2015, ETHEREUM  developers were confident and discussing this transition of moving to a different kind of consensus mechanism that today is known as Proof Of Stake [POS] . They named it Casper. It will take time for the complete Ethereum 2.0 to Launch, but with the launch of beacon chain which will act as a side chain for Ethereum main chain, it is drastically bullish for the Crypto market, as the beacon chain will have POS consensus mechanism. This will allow users to stake their ETHER coins in order to validate the transactions on the side chain (beacon chain). The beacon chain will be completely compatible with the main chain. This staking feature will reduce the supply of Ethereum in the Crypto market and being the 2nd biggest cryptocurrency by market cap, one can simply understand how bullish this is. Already a large chunk of Ethereum has been locked in DeFi protocols and the number is still increasing.

One more bullish thing is the EIP-1559 [Ethereum Improvement Proposal 1559] . This is an improvement proposal for the Ethereum gas fees structure which will reduce the total supply of Ethereum drastically in the market and create negative inflation. This EIP-1559 proposal means that a large amount of Ethereum will be burnt from the daily supply.  Extra ether paid in gas fee for the transactions will be burnt rather than being distributed in the miners. This will make miners hold their ether coins to make good profit on their stack of ether they have mined.

The phase 0 of Ethereum 2.0 will be launched this year sometime in the November month, Today the final test Zinken is being tested. After it is successful the Ethereum 2.0 phase 0 will be ready to launch the beacon chain and staking for Ethereum will start. This staking will introduce another use case for Ethereum.

If you enjoyed this post, I’d be very grateful if you’d help it spread by emailing it to a friend, or sharing it on Twitter or Facebook.